Unlike many people who become entrepreneurs, I never considered myself entrepreneurial growing up. Apart from my DJ gigs, I was just a normal kid following a typical life script.

I ended up graduating from university with a commerce degree and started working in the government as a financial analyst. At that point, I thought I had the rest of my life figured out. I’d work my way up the corporate ladder, make decent money, and retire with a good pension.

Of course, things didn’t play out that way…

In early 2010, after two years of working full-time, one of my friends had booked a trip to Southeast Asia. After chatting with him about it, he thought it would be fun if I tagged along. At that point, I had never been anywhere that foreign and I had no idea what to expect. But after thinking about what a cool experience it would be, I was in! 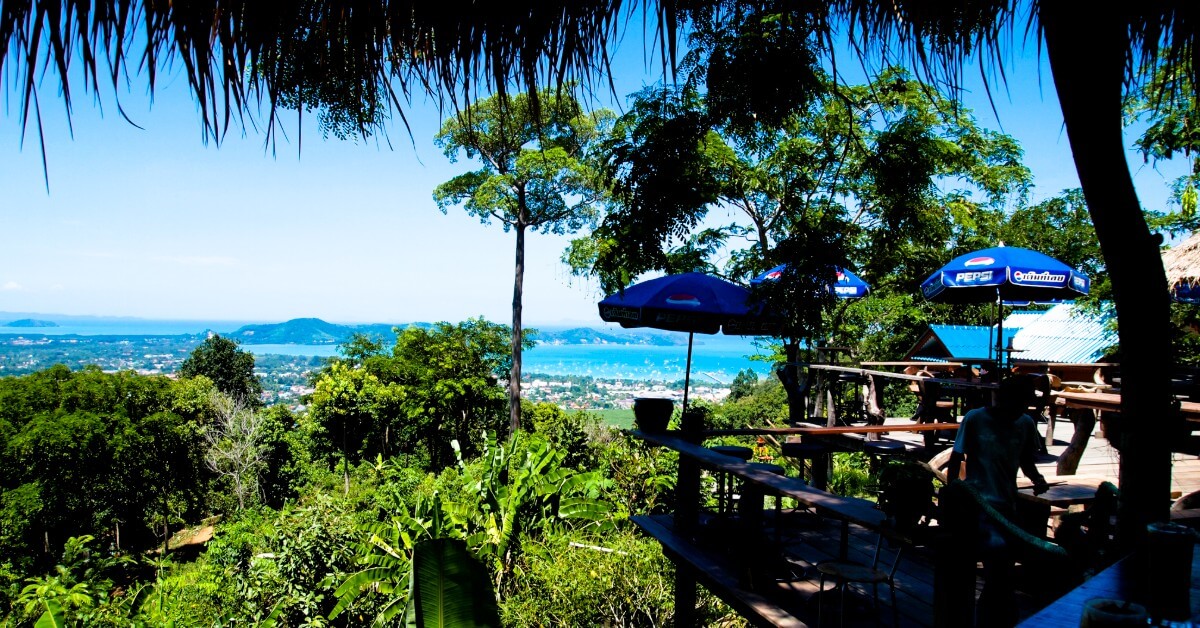 Over the course of a month, we travelled to Thailand, Malaysia and Vietnam. I can honestly say it was one of the most transformative experiences of my life.

I know this is super cliché but it made me realize how big the world is and how little of it I had seen up until that point. I knew that I wanted to see a lot more of it and waiting for 3-4 weeks of vacation every year wasn’t going to cut it.

On top of that, I was already starting to feel pretty unfulfilled with my job. Despite having nice bosses and colleagues, I felt that the work I was doing was pretty meaningless. If I was being honest with myself, I was only there to collect a paycheque and secure my pension.

During our final days of the trip, I was dreading the thought of going back to the office and going through the motions. In fact, my friend and I spent the last day of our trip in a coffee shop strategizing on how we could quit our jobs.

This was the first time in my life where the thought of entrepreneurship crossed my mind.

Despite having the itch to start a business, I had no idea what to start or where to begin. In the meantime, I continued to show up to work and collect my paycheque.

Then, in early 2012, a new temp employee named Marc got hired at my work. While nearly everyone else in the office was much older than me, Marc was just two years younger and we shared very similar interests. As we got to know each other, we quickly became friends and started spending more time together at work.

One day out of the blue, Marc pulled me into his cubicle to show me a side project he was working on. It was some sort of online real estate site similar to what Zillow is today. Since he was working in project management at the time, I had no idea he knew how to code. As a non-technical person, I was completely blown away!

Over the next few weeks, my brain started exploding with thoughts and ideas. Since Marc was able to code, the potential for starting a business was limitless. Not only that, but having an online business would enable us to work from anywhere that we wanted to.

Suddenly, my plans for quitting my job became much more clear. Marc and I were going to start an online business!

After pitching the idea of starting a business together, Marc was on board right away. He also had ambitions that went well beyond working for the government and he couldn’t imagine himself staying there longterm.

We started going back and forth on ideas and we eventually settled on ClassmateCatch. The idea was to build a student-only dating website. In order to sign up, you would need to use a school email address, similar to how Facebook started out in the early days.

Once we worked through the idea, Marc hammered away for 4 months straight on nights and weekends to build the site. We then timed our launch for September 1st when all the students were back at school. After sending out a few press releases, we actually got picked up in a few local media outlets. 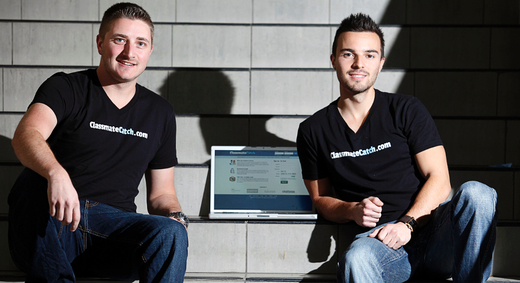 Although this was fairly insignificant in hindsight, I felt an unbelievable rush of energy and I thought we were onto something big.

Over the next few months however, reality began to set in. Despite being able to acquire 1,000+ users from local schools in Ottawa, we were unsuccessful in getting traction in other cities. This was mainly due to the fact that our only marketing strategy was spreading flyers at schools and hosting local events.

Furthermore, we were barely making any ad revenue because our user base was too small. With no money coming in, we couldn’t hire boots on the ground to promote in other cities.

Since we couldn’t figure out a way to grow the business, we ended up shutting down the service at the end of the year.

After shutting down ClassmateCatch, it occurred to me that I knew nothing about online marketing. If we had any hopes of growing a business, I needed to educate myself.

Over the next several months, I devoured everything I could about online marketing and starting a business. I read countless blog posts, listened to dozens of podcasts, and watched hours of online videos.

Slowly but surely, I started learning about key concepts like inbound marketing, search engine optimization, and customer development. This period of self-learning ended up being invaluable for the road ahead.

With ClassmateCatch in the rearview mirror and several months of education under my belt, Marc and I were ready to launch another product.

At this point, I had learned about keyword research and how to gauge product demand based on search volume. Since drop shipping was all the rage at the time, our plan was to find keywords with high search volume and low competition and build a business off of search traffic.

After weeks of trying to find a product to sell, Marc had stumbled upon an interesting keyword: Bootstrap themes.

It met our criteria of having high search volume and (relatively) low competition. More importantly, Bootstrap themes were digital goods. This meant we didn’t have to deal with the inventory challenges of running a physical products business nor would we have to worry about supplier issues with a drop shipping business.

In April 2014 we launched BootstrapBay – a marketplace for premium Bootstrap themes and templates. Although it took a few months to get going, we started generating significant search traffic and sales began to follow.

By the fall of 2014, I was totally bitten by the entrepreneurship bug. Even though we were only generating about $4k in profits, it felt magical to make money while we slept and to no longer trade time for money. I knew that I wanted to keep this going and continue building a lifelong asset.

At the same time, I was entering the final year of my CPA designation which created a problem. I knew that it was going to be extremely hard to juggle a full-time job, the CPA designation, and our side business.

At this point, I started contemplating a leave of absence, but things were a bit complicated.

My work had already paid $10k towards my CPA tuition fees and I accepted a promotion under the premise that I would complete my designation. This meant that if I dropped out of the CPA program and returned to work the following year, I would be demoted. Not only that, I’d still have to pay back the $10k in tuition fees they reimbursed me and I would have absolutely nothing to show for it.

To be honest, the thought of this scenario playing out was terrifying and I would have probably been too embarrassed to go back and show my face at the office. On the flipside, I had my whole life in front of me and limitless upside if I went down the entrepreneurship path. I could have even made a career change and do something more fulfilling if things didn’t work out.

Needless to say, I was quite torn.

After agonizing over the decision, I finally went into my boss’ office and asked to take a year leave of absence. At the same time, I dropped out of the CPA program (although I didn’t tell my boss that).

In hindsight, it was the best decision I ever made.

Taking a year off enabled me to focus full-time on our business and continue leveling up as a marketer and as an entrepreneur. Even though I was making a fraction of my government salary and working harder than ever, I felt incredibly fulfilled doing it. Furthermore, I knew it would pay off in the long run.

I’m happy to say that I never had to go back to my day job. When my leave of absence was coming to an end, I handed in my official resignation letter, paid back the tuition fees I owed, and never looked back.

After working on BootstrapBay for more than a year, Marc and I eventually founded Snappa which is the SaaS business we’re running today. In just over 4 years, we were able to scale the business to $1M in annual recurring revenue (ARR) without raising any outside funding.